LoL vs SMITE - What is Different?

Many fans of computer games are wondering which one to choose? There are two popular games on the market right now. That is why today we will compare smite vs lol.

In March 2014, the exciting game Smite was born. It represents the genre of MOBA games, which are strategy games along with role-playing games. The process is in the third person. The developer company is Hi-Rez Studios. The main characters of the game are the characters of Greek, Egyptian, Roman, and other mythologies. The game is based on team play, which is why there are many tournaments associated with this game. The game boasts a huge tournament with a prize pool of over $2,600,000. Therefore, you can even earn money if you play well.

The Legend of Legends game also represents the MOBA genre. It was born back in 2009 and for such a long period of existence remains in the top and does not lose its popularity. The developer of this project is the American company Riot Games.

The essence of the game is the competition between two teams for victory. This is a strategy game where the main goal is to destroy the enemy base. At your disposal are more than 140 champions that you can play and make the gameplay even more interesting and exciting. Each character has its characteristics and skills, based on which the future style of play is built.

Now let's move on to the league of legends vs smite comparison. As mentioned earlier, these are two very popular games that have their features and merits. We will talk about them today.

The first criterion for comparing smite vs league of legends will be gameplay. It is responsible for the interaction between the player and the game itself. A lot depends on this aspect, for example, the quality of the game.

Let's start with Smite. Here the main goal is to defeat the enemy. That is, you need to team up with allies and win against opponents. But it needs to be done strategically, beautifully, and excitingly, and this is not so easy. The game is based on Unreal Engine 3, which makes the game look very realistic and dynamic. You can also note the graphics because in the game you can see explosions and other high-quality special effects. The main direction in the gameplay is battles. They are made as realistic and simple as possible. 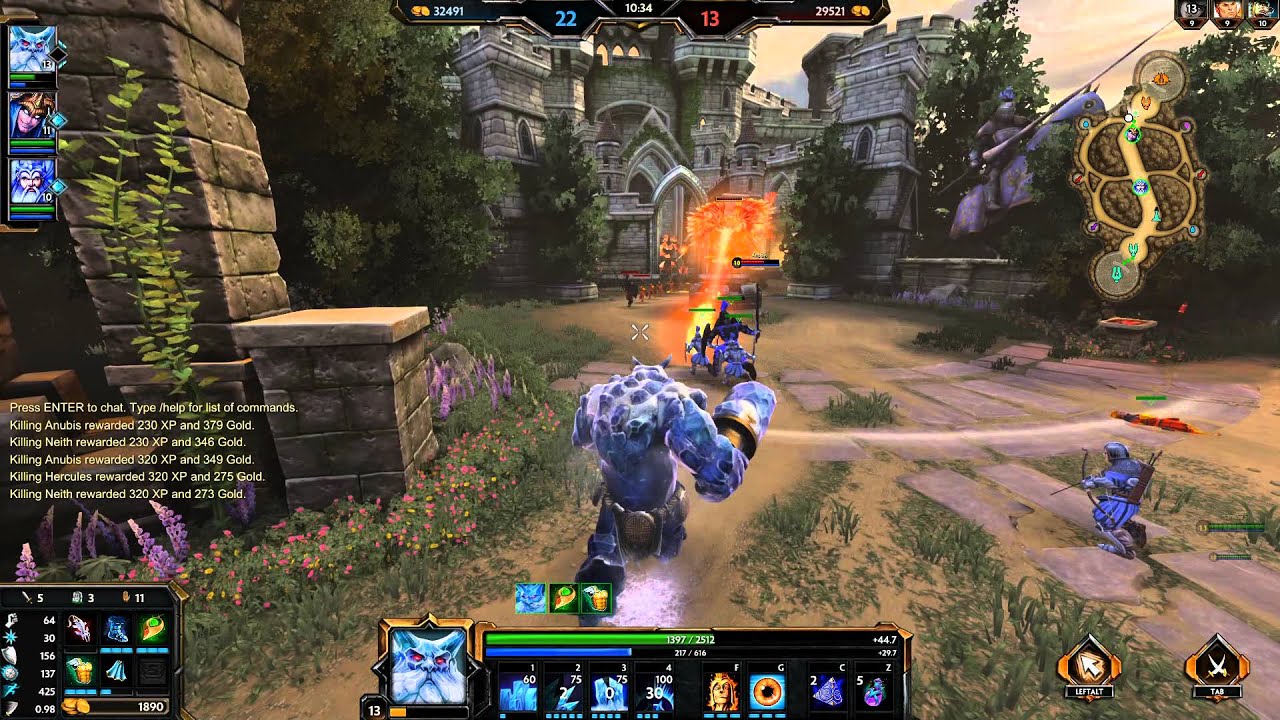 Let's move on to League of Legends. Here the essence of the game also lies in the opposition of two teams of 5 players. The main feature is that players choose their characters, which are called champions. Each of them has its skills, abilities, and characteristics. Therefore, each player will take their role in the gameplay. 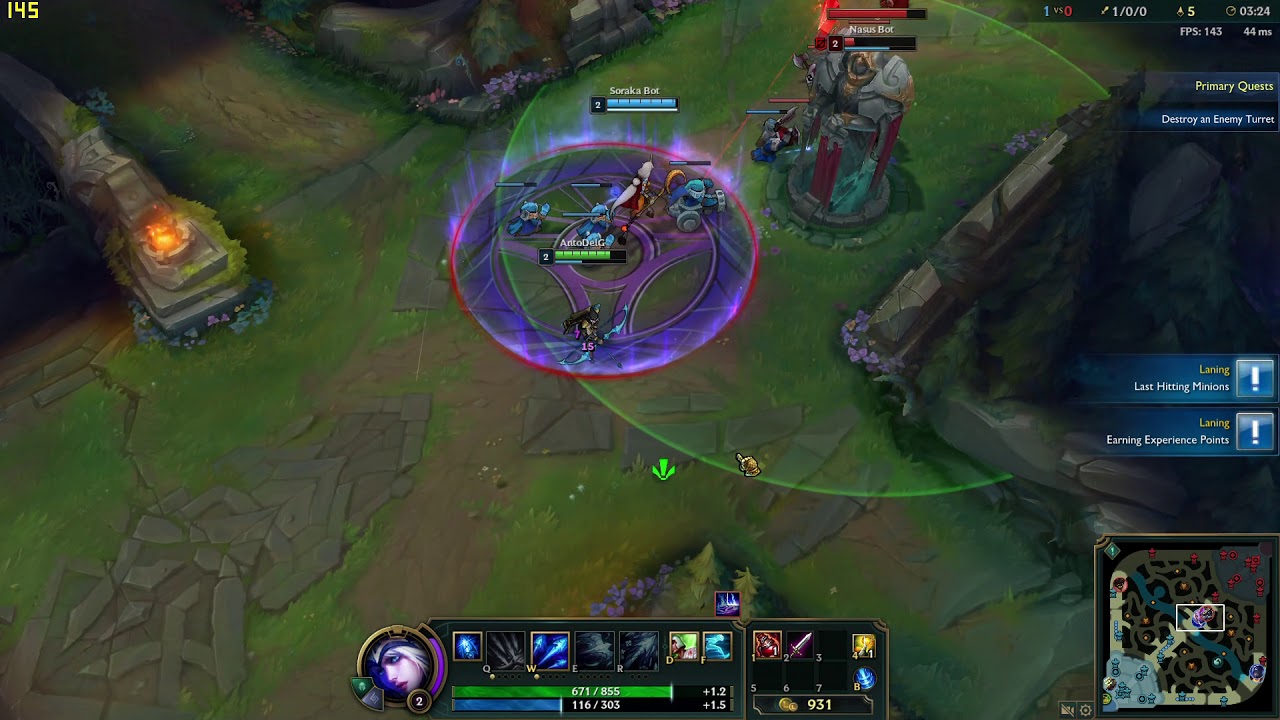 Before the start of the game, you will undergo training where you will need to fight mobs. Thus, you will get acquainted with the game and understand what it is like.

The gameplay is distinguished by its dynamism and quality. Therefore, it is very important to concentrate your attention here. Each battle takes place in special areas, which makes the game even more exciting. Therefore, if you compare the gameplay of lol vs smite, then both games deserve attention.

Let's move on to the next point of our smite gods vs lol champions comparison, namely skins. As a rule, under the skin, they mean the appearance of your character. If we talk about lol, then this is the appearance of the champion. The game has been worked out to the smallest detail, so each champion skin has its separate design and game model. Some characters even have a voice filter and additional mechanics.

In the game Smite, your appearance will be distinguished by its originality. At the beginning of the game, you will need to choose a mythical hero, or rather God, on whose behalf you will play. Therefore, it is important to responsibly approach the choice of character, because each has its features and skills.

Comparing league of legends vs smite players, we can say that each game has its special skins for heroes that will make your character stand out from others.

For many players, the community is an important aspect when choosing a game. This is a special association of interests where players can communicate with each other, share experiences, and look for allies or opponents. Therefore, now we will compare such communities league of legends champions vs smite gods.

If we talk about Smite, then you have the opportunity to join the official community where there is a huge number of players. You can also use other platforms such as Facebook, Steam, Twitter, and so on.

League of Legends also has its own player associations. This game has its official association, where you can follow the latest updates from community members. And like many other games, you can connect with the community through Facebook, Reddit, and other popular platforms.

Now a very popular genre of computer games is Multiplayer Online Battle Arena. These are games that combine strategy and role-playing games. Just the same, League of Legends and Smite are one of the representatives of this genre. But Smite is considered a more original member of this style of games, because the gameplay takes place from the back. A simple change in camera angle provoked the need to rethink the genre.

Each game has its territory where the entire gameplay takes place, which is called a map. So now we will compare smite gods vs lol champions through their cards.

Let's start with Smith. Each mode has its specific map. Depending on what you want to play, you will be taken to an area with a special infrastructure that will perfectly fit the mode.

By the same principle, you can choose a card in lol. That is, depending on the mode, you get on one or another card. There are also temporary maps in the game, such as space ruins, the crash site, section 43, and others.

League of Legends vs SMITE: classes and champions

Finishing off our comparison is smite battleground of the gods vs league of legends champions and their classes. In each game, the characters differ in their skills, classes, and strength. Like everywhere there are stronger and cooler characters, as well as weaker ones.

If we talk about Smite, then in the game you can find only 5 classes. The first is the killer, the second is the warrior, the third is the magician, the fourth is the hunter and the fifth is guardian. Each of them has its characteristics and specifics.

There are 7 character classes in League of Legends, namely Warrior, Fighter, Mage, Manipulator, Shooter, Tank, and Unique. Some of them are divided into subclasses. Just like in Smite, each hero has different abilities and skills.

Summary: What is better: Smite or LoL modes

Summing up, it's hard to say that one game is better than another. After all, it all depends on your preferences. Someone will like Lol more, someone will like Smite. However, the first game is different in that you have the opportunity to buy lol accounts and make your gameplay even more interesting.

What to choose is up to you.

Previous Next
We use cookies to improve the performance of the site and its interaction with users. By continuing to use the site, you allow the use of cookies. You can always disable cookies in your browser settings.
Support
Faq
More questions?
Contact us